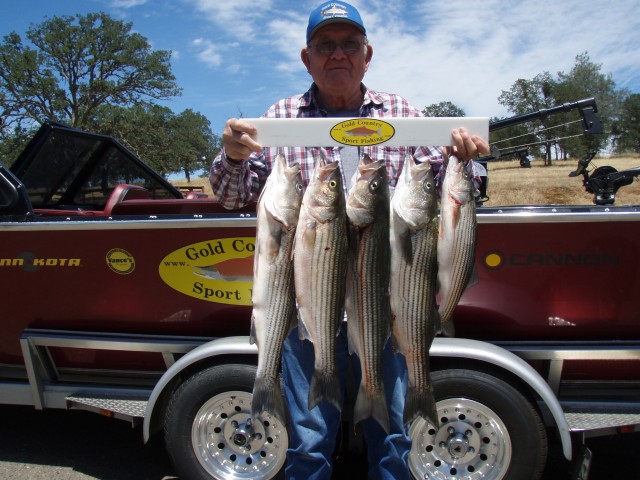 Hi all,
Well we switched gears and went fishing at Hogan for Stripers on Thursday, I called my dad to see if he wanted to go and there was no hesitation, so away we went. The day started out great with not even the second rod out and it was fish on, we boated a nice four and half pound striper.

Then it was my dads turn, he lost it, then he tried again and then the leader broke, so that was my fault, then the bite died for a couple hours, we kept fishing and finally the bite came back on and we ended the day landing five Stripers and losing four and had a couple good hits that the fish got the bait and not the hook.
So if you are interested in catching some hard fighting Stripers give me a call, and I will put you on some fish.
We should have had at least nine Stripers.
Thank you
Monte Smith
Gold Country Sportfishing