Posted on October 30, 2016 by goldcountryguide

Return clients Harry and Earl were onboard with me on October the 24th to catch Sacramento river king salmon. We were on our first pass of the morning and we were marking fish, however they did not want to strike. We picked up and headed to the top of the run for another pass, with fresh baits and our hopes high, just a couple hundred yards down river the port side rod was hit hard, Harry grabbed the rod while Earl and myself cleared the others and soon I had greeted the salmon with a waiting net. The next pass it was Earls turn as Harry and myself cleared the other rods, I was able to slide the net under Earls king salmon. Getting later in day about 11:30 the portside rod was hit again and soon Harry had his limit of King Salmon for the day and at 2:00 o’clock we called it a great day on the Sacramento river with two great guys. 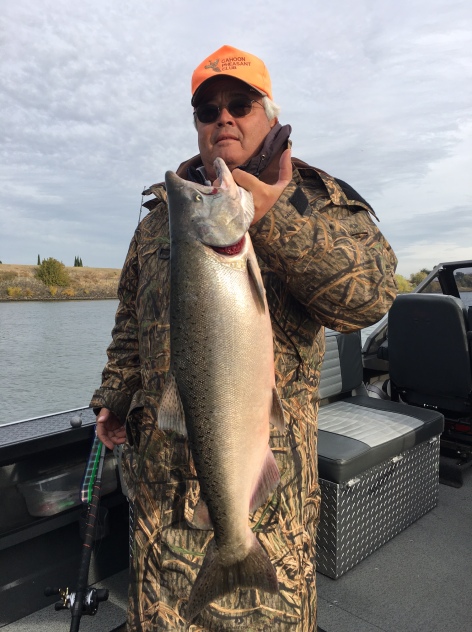 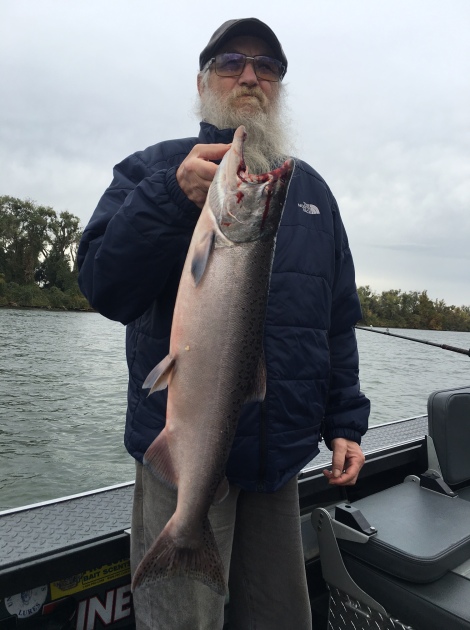 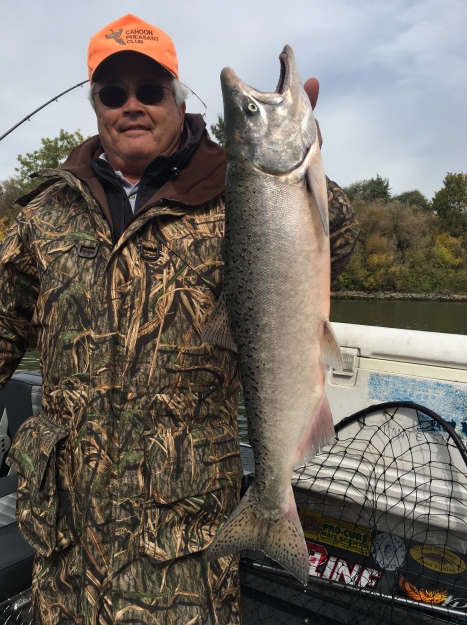