Posted on August 15, 2019 by goldcountryguide

Returning client Neil brought along his grandson Ryan for a day of fishing before he went back to school. We met up at the lake, I had the boat already launched and we soon headed for for the fishing grounds. I gave a quick instruction for Ryan as this was his first time fishing like we would be doing. After setting the four rods it was just minutes and we had our first fish in the Reliable fish bag that Neil caught, up next Ryan caught his first kokanee. We had a fairly steady bite as we caught six fish then we had a double and only landed one. I found a nice school of fish but sometimes getting them to bite is a different  story. but running through then time and time again will get them to bite, we had another double and again we only landed one taking us to number nine, finally after five minutes the starboard side double over hard and Ryan grabbed the rod and brought it to the net and this all happened by 10:07 in the morning. A great memory for a Grandfather and grandson. Thanks again you two and thanks for choosing Gold Country Sportfishing. 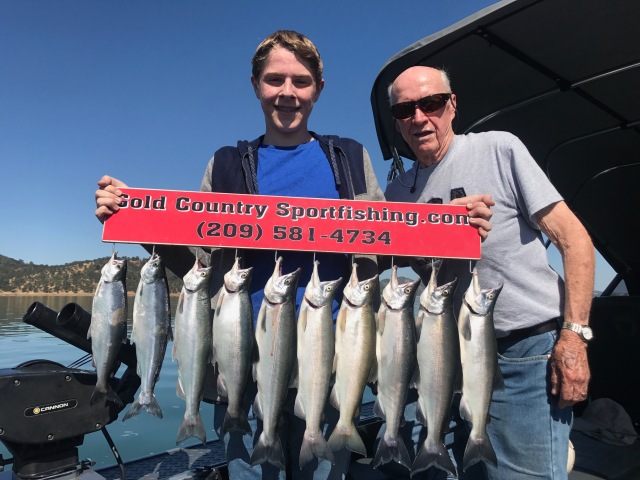